Like with many fetishes, HuCow play is a fun escape and allows people to take on a new identity that takes them away from regular life. But why play a horny lactating cow? Well, a number of reasons. Breast stimulation, such as done during lactation is very sensual. It can feel very arousing for women, especially as breasts are a less explored erogenous zone, and can lead to breast orgasms if stimulated correctly. For those that enjoy degradation and submission, getting lactated can be particularly arousing due to the loss of control associated with the act. I have also been told that HuCows enjoy playing a rather low IQ animal, who only have to focus on making milk and following orders. Being aroused as a HuCow seems much easier than any job I’ve ever had! Furthermore, for some folks, being a cow has helped them to reclaim “fatness” as something sexy and sexual, as being called a cow is often synonymous with being called fat.

In an article discussing Hucow fetish on Bustle, it was pointed out objectifying a cow may be even more powerful than objectifying a person. Cows have use beyond just being milked; meaning they may also get cut up and consumed by a person. This is the ultimate objectification, as the HuCow is embodying a character who is solely there to be used and eaten by the farmer. When you really think of it, a cow is like the Rolls Royce of objectification. So it makes sense that folks that are aroused by objectifying bodies, would be particularly into bodies who are playing the role of a cow.

There are a number of variations regarding what happens during HuCow play. The basic premise is that a woman is dressed like a cow, often also in fetish gear. The dominant partner, often dressed like a farmer, may enter the scene, hold down the cow and milk her.

For women who are breastfeeding, the milking happens easily. However, for a lot of women after they give birth they might need to take a minute before becoming a submissive cow, therefore many folks who have this fetish are not currently breastfeeding. For those that aren’t breastfeeding, there are ways to induce laceration including taking supplements such as fenugreek powder, using a breast pump, as well as certain types of manual stimulation and suckling. 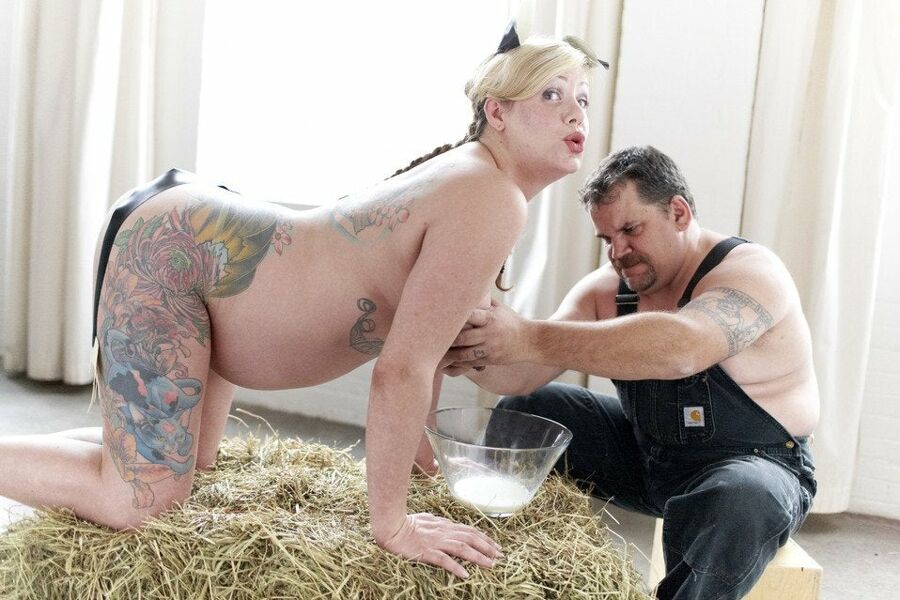 Is anyone on here into HuCow? What about it turns you on?